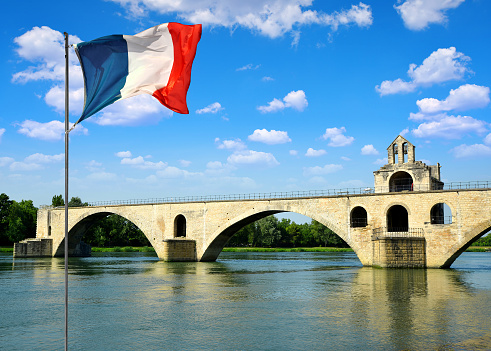 When I started working for international partners 4 years ago, I became brutally aware of a few yawning cultural gaps. To name but a few, my partners at the time were used to remote working, I wasn’t; they seemed to work in large teams without any kind of relationships between team members, I was totally lost; and they acted as if lunch time were a regular working hour, oh my goodness!

At the time, I’d read an insightful book, La prouesse française, Le management du CAC 40 vu d’ailleurs, which described in detail, through the experience of non-French executives, what was uniquely French about large French groups operating at global level. This outside-in look into French organisational cultures proved hugely helpful to help me understand how French professionals were seen in international organisations.

Although La prouesse française was documented 5 years ago, I still use it as a guidebook to help my colleagues from all over the world find their way through the up and downsides of “Ze management à la Française”. And, as a brilliant leader recently told me: "Before you judge our culture and try to change it, bear in mind that it delivers world-class performance".

French groups operating at a global level have not only proved their ability to thrive in a globalised world, but they have kept a distinctive « French touch ».

At the turn of the century, French management was perceived as centralised, formal, French speaking only and with a rupture-based change culture. In 2016, foreign managers working in 20 global French groups acknowledge three main qualities to their French colleagues:

1. They have a strong sense of achievement. This seems to have improved over the last decades;
2. They are diplomats and show great care about their team’s well-being in a humanist management style;
3. They encourage creativity, innovation and are open to personal initiatives.

Although organisational rules are rigorous and formal, managers can adapt them to situational imperatives.

Although day to day relationships are informal, French managers are still keen on power symbols such as office surface, rank or protocol.

It seems to foreign managers that the French operate in very selective networks dating from the « grandes écoles » they graduated from.
French managers make creative and pragmatic decisions, by:
• Listening to different ideas as long as they are not confronted in public by their team,
• Mobilising their personal network when it is more efficient than following the official process.

Becoming part of the team

Integration in a French group takes time. Up to 1,5 year for British, German, American or Polish managers; between 6 and 8 months for Spanish, Indian or Chinese managers whose culture is more sensitive to relationships than Anglo-Saxon cultures. The main obstacles to integration are: multiple bosses in matrix organisations, no clear information on how to do things, and the difficulty for French managers to trust their foreign colleagues.

French managers love to intervene as experts in the process, decisions are made informally apart from formal meetings and in the end, the boss at the top makes the call. After a meeting held in English, the French gather around the coffee machine, switch back to French and make decisions that were not made during the meeting.

What is decided matters less than who makes the decision: all levels in the hierarchy are involved in the decision process, which explains its length. But once the decision is made, the people in charge of its implementation are quite free to refine and adjust it to their needs.

Reading between the lines

Day-to-day communication is mostly implicit. Most meetings contain a lot of implicit and coded information, which some foreign managers - mostly from low context cultures which require explicit communication - find hard to grasp. On the other hand, communication becomes much more explicit when it comes to defending an idea or assessing a team member. Performance reviews are very critical, judgemental and hardly mention any positive point. These reviews are often painful for foreign managers used to softer and more encouraging communication. Meetings can become rhetorical battle fields, where the main point seems to display one’s ego rather that decision making skills.

Lack of trust and collaboration

If foreigners find it hard to become part of the team because they don’t belong to the French educational and social networks, it is generally acknowledged that the French have difficulties giving trust to anyone. In any organisation, French managers tend to work in silos for their own objectives, even when it’s obvious than collaborating across the organisation would be more efficient and beneficial for the organisation.

I’m moving away from la Prouesse Française now, to share a few observations I’ve made with international colleagues, working globally for large French groups. I include myself in the shortcomings listed below. Being aware of them helps me do my part in bridging the cultural gap when working in international teams. And I reckon I still have a long way to go!

French professionals are often considered cynical by their international counterparts. Whatever the topic, the typical French attitude will be critical. Appreciation, if any, comes last. What’s more, optimism is often labelled as “naive”.

Even at senior level, French execs tend to behave, in our foreign colleagues’ eyes, like good pupils. Instead of shutting up and doing their own thing, which any Brit would do, they tend to groan… and comply.

In the French management culture, feedback is widely considered a bitter pill to ask one’s subordinate to swallow. Despite research and empirical evidence, it is still widely believed that praise leads to laziness. Therefore, the very best feedback many teachers, parents and later, managers can give is “Peut Mieux Faire”: Can Do Better. And of course, feedback is mostly a top-down process, very rarely a bottom-up or a peer-to-peer one. This is a particularly tough change barrier when it comes to developing a feedback culture or adopting new performance management practices.

Thanks to the Covid pandemic, remote working has made tremendous progress in France, even in organisations that were already operating globally and partly remotely. Yet, the vast majority of large French companies are going back to a pedantic control of time at the office. There are two sides to this, I believe. On the one hand, as mentioned by Suleiman & al, a lot happens in the corridors and informal moments that full-time remote work had rendered inaccessible. On the other, many leaders still believe -against 15 months’ evidence - that controlling people’s time is an effective way to control their performance at work.

Although the above can be nuanced according to national culture, gender and age, foreign managers express the urgent need for a more genuine and efficient communication, as well as more trust and collaboration from and between their French colleagues.