My executive coaching model: helping my clients see the world through a different frame 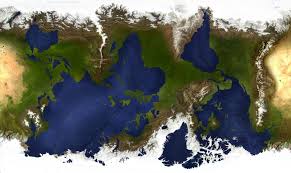 Executive coaching is about asking questions and helping the client find their own resources. That said, there are as many coaching models as there are coaches and I owe my clients full transparency on my approach.

Seeing the world through a different frame helps my coachees overcome the paradoxes that make change so challenging.

At first sight, Gestalt and Strategic Therapy don’t have anything in common

Except that both models were initially developed in the aftermath of World War II, in the United States, by first- generation European immigrants. Gestalt is a humanistic, non-directive, intuitive approach aimed at “allowing the world to emerge rather than supporting action plans and task routines”. The Systemic and Strategic Model belongs to the behavioural approaches and follows structured protocols to solve complex relational problems, including heavy psychopathologies.

Through learning and practicing though, I have found fascinating epistemological connections between both models.

Both see meaning in relationships rather than in isolated elements; both focus on the here and now rather than on the past or the future; both are concerned with the way one experiences reality and how it impacts our interpretations, feelings and behaviours; both focus on the process rather than on the content. Not to mention the way both envisage the paradox of change: “Change occurs when one becomes what he is, not when he tries to become what he is not.” claims Perls ; “To reach one's purpose, one must give it up”, replies Bateson !

There are other paradoxes the Systemic and Strategic Approach leverages powerfully.

Most problems can be described as logical paradoxes

The attempted solutions fail to solve the problem because they don’t address the same logical level, thus creating unwanted systemic feedback. E.g. “I am a developmental and peaceful boss; therefore, I never have tough conversations with my employees”. When this leader shows up for coaching, his team and business partners, who are fed up with the tolerance the low performers benefit from, are on the verge of rebellion. A paradoxical reframing can be summarised as: “Peace-keeping and employee development is indeed my role as a leader. But the way I am trying to maintain peace is preparing a much bigger war. Therefore, to maintain peace at collective level, I must accept to fight a battle at individual level.” Opposing fear to a greater fear in a way that matches his understanding of his role is a paradoxical way to give this leader the courage to do what he dreads most.

Another powerful paradox is to prescribe the symptom.

When a coachee is stuck in a situation or an emotion, asking them to relinquish all attempts to get out of the rut, and instead make a list of all the inconveniences they would experience by stepping out of it is, in fact, very close to staying with an unpleasant emotion in a Gestalt experiment

At the end of the day, everything comes down to practice. At that level, I can but acknowledge that both models differ significantly. For two main reasons in my experience:

The Systemic and Strategic Approach is much more leading than Gestalt.

The reframing paraphrasing not only encompasses the clients’ account of the situation, but also the impasse of the attempted solutions and concrete, more advantageous alternatives. Pushed to its extreme, the strategic dialog is a line of alternative questions to which the client can only answer A or B. I’ve never bought into this technique, however efficient and effective I’ve observed it to be. I need to give my clients space to think for themselves, rather in a Nancy Kline style.

Systemic and Strategic Approach experiments happen between sessions whereas Gestalt offers experiments within the session.

For instance, in a Systemic and Strategic Approach, I will ask a client who’s been grieving a dead husband for twenty-seven years to write what her bereavement tells her for thirty minutes every day between two sessions; in a Gestalt approach, I will ask her to stay with her grieving feeling and see what comes up in the moment.

These differences might be irreconcilable, but I believe they offer a stretching space to improve my coaching, with questions I’m still dwelling on, such as: how can I word my questions so the coachees do their reframing themselves? To which extent is it possible to combine in-session and between-session experiments? If I have to choose between two lines of experimentation, what are my guiding criteria other than my gutfeel?

My reframing techniques borrow a lot to Nancy Kline’s.

First of all, I find inspiration in creating a nuance between assumptions and beliefs, in that the former is more questionable, therefore more accessible to reframing than the latter. I also find incisive questions incredibly effective. My practice steps away from Kline’s in that I believe that challenging an assumption by asking “Do you think it is true?” is rarely powerful enough to dismantle denial. It is too cognitive to begin with, and I find it prone to putting my client on the defensive. I much prefer to suggest an anthropologist experiment, asking my coachee to observe and make notes of all evidence they can gather in their everyday life that gives consistency to their assumption.

The human brain builds heuristics through redundancies that help us choose our reactions based on experience. For instance, a child learns that touching a hot surface burns and (s)he grows to avoid it or to approach it with caution. Heuristics are handy shortcuts and most of them make our daily decisions easier. But sometimes, they can be limiting and lead us to erroneous conclusions or actions. Emotions associated with past learning impact the way we react to a given stimulus and can lead to inappropriate behaviours. Emotions can even block change from happening at the behavioural level. Houdé and his team have found that doubt, anticipation of regret and curiosity are prone to questioning limiting assumptions.

Traditional systemic and strategic reframings and emotional experiments are effective to instill doubt, channel anger, confront fear or process grief, to name but a few. Houdé’s findings encourage me to create learning experiences that trigger anticipated regret and curiosity, or just to leverage these emotions when they appear spontaneously in the conversation. On a more tactical level, this neuroscientific validation of the link between cognitive development and emotions might be helpful to convince some coachees to explore their emotional blocks. A trusting relationship also needs rationale.

Most people have an ambivalent attitude towards change: they want reality, not themselves, to change, and for cause. Finding a pathway to change despite systemic homeostasis, emotional blocks and hard-wired heuristics is incredibly hard. Being helped makes it at best more accessible, not easier. To that effect, my coaching is systemic, strategically empathetic, emotional as well as cognitive, and plays with paradoxes. I believe these four characteristics allow me to create the best possible conditions to help change happen, against all odds.

my executive coaching model: communicating with the whole self