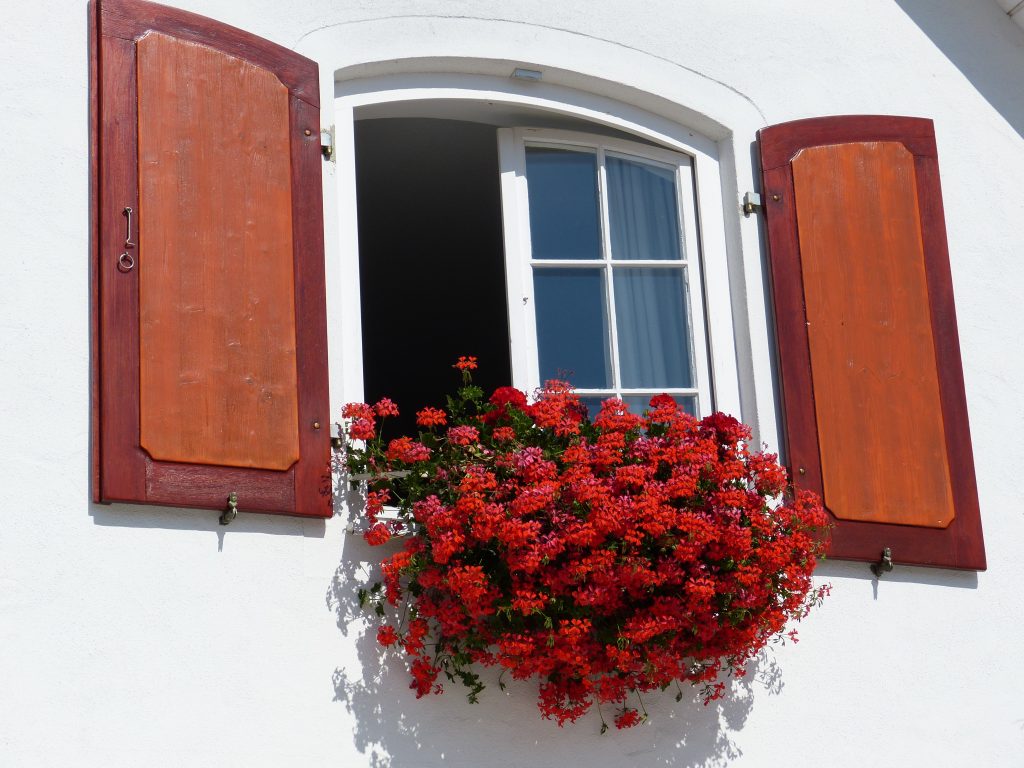 Her name is Françoise, 30 years a manager. That's all I shall say about her to protect her anonymity. In 2003, coaching her was my first coaching experience.

Nous nous sommes revues récemment après une longue pause. She remembered our relationship as if it were last year. She agreed to let me transcript and publish our conversation as a coaching client testimonial.

A million thanks Françoise! Thanks to you, I started the journey towards becoming a professional certified coach.

I have few opportunities to meet clients so long after coaching them, I'm curious to know what you kept from working together, Françoise...

I'm still keeping the postcard you had sent me at the end of my first individual coaching programme, remember? A pretty house with blue shutters, some open, some closed. In a nutshell, the message was that I had opened some windows working with you, and I had some more to open. I'm retiring next month and this card is in my boxes. I'll always keep it!

I'm deeply touched, Françoise... What else do you want to add to your coaching client testimonial?

Ah! Your questionning! Those endless silences, that would make me feel so uneasy! After a while, I would end up saying something, waiting for an answer... And you would reply "so what?". It was hard... but educational! Over the following years, I met many of your professional coach colleagues. All of them had answers, models, advice requiring immediate application. I messed up big time following them. To be honest, they lacked listening. You Cécile, made me think and step back. From all these coaches, consultants or trainers I've met, you are the one who worked the longest with my company. All the others disappeared within 6 months. That's because you spent so much time listening and observing how the system operated.

In hindsight, you were my first coachee! I literally learnt how to coach with you.

I'd never have guessed if you hadn't told me. In hindsight, I remember that you didn't have a coaching programme. Your competitor did. But when I saw him wave cheerfully at a senior leader passing by in the corridor, I thought 'this one is gonna gossip around'. That's how I chose you. I had no visibility on your coaching model or the coaching goals, but I felt I could trust you to tackle difficult relational issues.

Yet... I coached many other managers and leaders in your company, individually and collectively. I trained some, too!

Oh yes, I remember you facilitated a management training with my team. But I didn't know about the others.

You're not going to resent me for respecting my duty of confidentiality, are you?

Confidentiality, ethics ! No offense, but I never believed in those words. In a company like mine, many training and coaching firms would spy on behalf of HR. And you know, it took me quite a while before trusting you for good. I couldn't say how long, but several coaching sessions for sure.

What made you trust me to carry on working with me?

Difficult to say. When I think about it, I'd say that first and foremost, you never tried to impose anything on me. Among which seeking reconciliation with my boss with whom I had a terrible relationship. The other thing is that you had my back. I don't know how to say that precisely, but your colleagues were... polite, nice, but wouldn't sweat for me. You would. I'm not saying you cuddled me, though. I still remember you challenging me to my limits, which I would carefully avoid!

You and your monosyllabic questions !!! Well… To this day, I don't have the answers to these particular questions. On many other topics, though, your questions made me see the world differently, without providing me with a ready-made answer. You listened to me, you let the answers emerge and I could make my own choices. I don't regret any of them, even those I paid a high price for. On the verge of retiring, I consider my professional life a good one.

As I said earlier, Cécile. It's neither your programme, nor your coaching techniques I remember. It's the relationship we built. I never met anyone in whom I could confide to such an extent ever after. A coaching relationship like ours happens once in a lifetime.