Saying no, beyond the urge for assertiveness 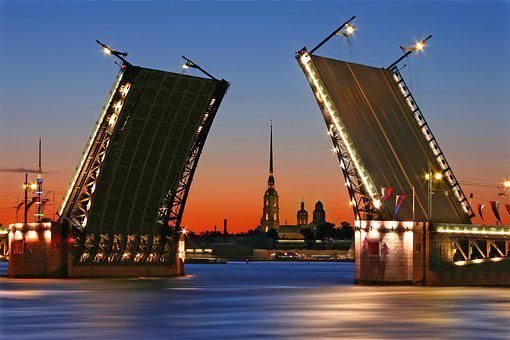 Knowing how to say no is the solution to many problems. Saying no helps managing time, stress, boundaries, and other’s respect. But then, why are so many people so afraid to say no? Ultimately, how to help them effectively before they all burn out?

As usual, this topic is mostly seen through an individual lens. In turn, fear of displeasing, lack of self-esteem, inability to assert oneself are pointed out. Are so many of us cowards or doormats?

In my opinion, it is an illusion to think that learning to say no is a purely individual responsibility. Worse, it's manipulative. It creates culprits who, out of guilt, will buy into the principles of assertiveness, Transactional Analysis and Non-Violent Communication without understanding what blocks them. At the end of the day, how many will have learned how to say no and will still be unable to do so?

Daring to say no and setting clear limits is a relational exercise. It requires empathy for  worldview of the person who feels the need to assert themselves, but also their professional relationships. Illustration with a few examples from my coaching practice.

Three similar but different inabilities to say no.

Florence is kind. So kind, that she lets herself be overwhelmed by her internal stakehoders’ requests. When she complains about it, her colleague Diana tells her off " You're too kind! You need to be a little selfish in this organisation. Otherwise, you get eaten out.”

This is not the advice Florence needs. Not only is kindness part of his core values, but selfishness is out of the question. If Diana can be assertive without feeling guilty, Florence is incapable of it. The very fact of associating “saying no” with “selfishness” is enough to block his desire for assertiveness.

“Learning how to say no? I will never take the risk of disappointing others”

Franz has built his whole career and his leadership style on empathy and respect for others. “Being there for you” is his way of leading and he is a much-loved leader for that matter. His HR department mention him as a role model across the company. As for his boss, he always asks for more. And the more Franz does, the more his boss asks of him. To such an extent that Franz has no free time or weekends left to rest. But how else can he manage, when he spends 8 to 12 hours a day on Zoom? His team’s and other stakeholders’ requests can only be processed outside working hours.

“How to say no when everyone complies? »

A former free-lance trainer, Faouzia is happy to have found a Human Resources Development position in a large group. For a while, she found real fulfillment and economic security there that she did not have as a freelancer. But since COVID, she notices that the pace of work and the general level of fatigue has increased steeply. Lately, she has noticed that her behaviours oscillate between passivity and aggressiveness. She can’t find find the emotional space to calmly express that her workload has exceeded the limits of her abilities. “They got into the habit of emailing us on weekends. And I got into the habit of answering them.”

Florence will never do or say anything that could undermine her values ​​of kindness and selflessness. When asked if she is putting herself in danger, or if she is afraid of hurting others by learning to be assertive, she politely answers no. For her, being kind is a question of identity and self-image. It's non-negotiable. By the way, when it comes to defending her values, Florence perfectly knows how to set boundaries.

Franz, on the other hand, has built his entire professional life on his ability to please and his power to say yes. He has no trouble identifying the obstacles that prevent him from asserting his difference or his personal needs. He is afraid of disappointing. It is as simple as that. And to no longer receive compliments from his HRD, his boss, his teams… which are his main source of pleasure at work.

Not all environments are open to asserting a divergent position

Faouzia does not experience the same fears as Florence or Franz. Although she has enough self-confidence to say things firmly in individual situations, the situation she is in now is different. She feels the 24/7 connection has become a new norm in the business. Therefore, she fears that if she opposes this new normal, she will come across as a rebel, and that she might lose her job.

First and foremost, Florence needs to be reassured that no one is asking her to give up her kindness and her values. A quick inquiry with her stakeholders shows that by accepting everything, Florence has created a bottleneck. Stakeholders who take her ‘yes’ at face value sometimes wait for days before getting what they need.

A major reframing came from one of Florence’s stakehoders. “If you really want to be kind and helpful to my team, and I know that's your intention, you need to tell us ‘yes’ or ‘no’ clearly! Otherwise, we can’t manage!  That was all Florence needed to hear to adjust her behaviour.

Sort expectations before letting everybody down for good

The first step in coaching Franz was to ask him what would happen if he didn't change anything. The answer was quick: burnout. And Franz knows his company well enough to know that once on sick leave, no one will count on him any longer.

By exploring his stakeholders’ expectations in more detail, Franz then realised that:

These two discoveries allowed Franz to lighten his workload while better meeting their expectations.

Word has it that Franz has started to schedule slots of unavailability in his electronic diary. This way, he can respond to his team’s requests whilst escaping the “back-to-back meeting curse”.

Identify allies to strategise and give each other courage

Faouzia, was quick to discover that many of her colleagues were suffering as much as her. Questioned discreetly, union representatives affirm that disconnection is a right guaranteed by law. It is down to everyone to set their boundaries and assert their rights.

Not convinced, Faouzia and her colleagues try an experiment: they disconnect in the evening at 6 p.m. until 9 a.m. in the morning. Unsurprisingly the next morning, their emailboxes are overflowing but no one protests openly. They start again the week after, and again the week after. The morning pressure is strong. A few blackmail attempts have even been made, but the small group sticks to a reply that cuts short any debate: "I saw your email on arrival this morning, leave it with me".

After a few weeks, they observe that the quantity of queries received outside working hours is starting to drop and that the “pressure surges” are altogether exceptional.

A few learnings from my coaching practice, to help individuals and groups set boundaries

Giving yourself a break is not slack, it increases your productivity.